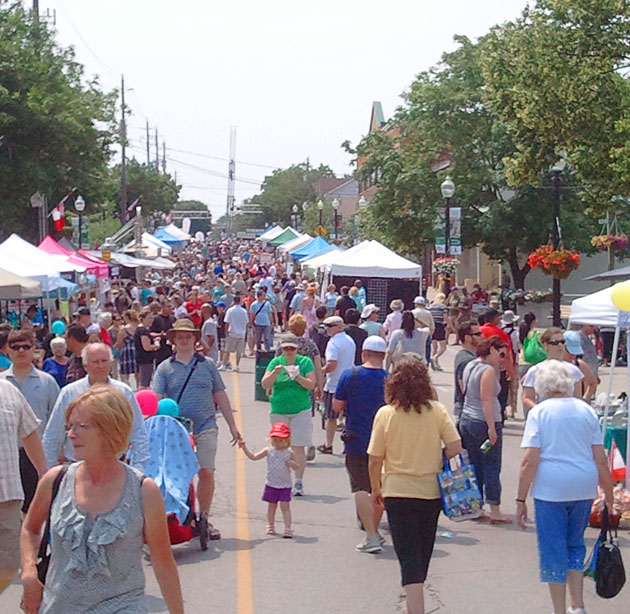 Whitchurch–Stouffville (2011 population 37,628; 2014 est.: 44,500) is a municipality in the Greater Toronto Area of Ontario, Canada, approximately 50 kilometres north of downtown Toronto, and 55 kilometres north-east of Toronto Pearson International Airport. It is 206.41 square kilometres in size, and located in the mid-eastern area of the Regional Municipality of York on the ecologically sensitive Oak Ridges Moraine. Its motto since 1993 is "country close to the city".

The Town of Whitchurch–Stouffville consists of several distinct communities and the intermediary countryside. The largest urban area is the community of Stouffville proper (2011 pop. 24,866), while other communities in the larger town include Ballantrae, Bethesda, Bloomington, Cedar Valley, Gormley, Lemonville, Lincolnville, Musselman's Lake, Pine Orchard, Pleasantville, Preston Lake, Ringwood, Vandorf, Vivian, and Wesley Corners. The town is bounded by Davis Drive (York Regional Road 31) in the north, York-Durham Line (York Regional Road 30) in the east, and Highway 404 in the west. The southern boundary conforms with a position approximately 200 metres north of 19th Avenue (York Regional Road 29), and is irregular due to the annexation of lands formerly part of Markham Township in 1971.